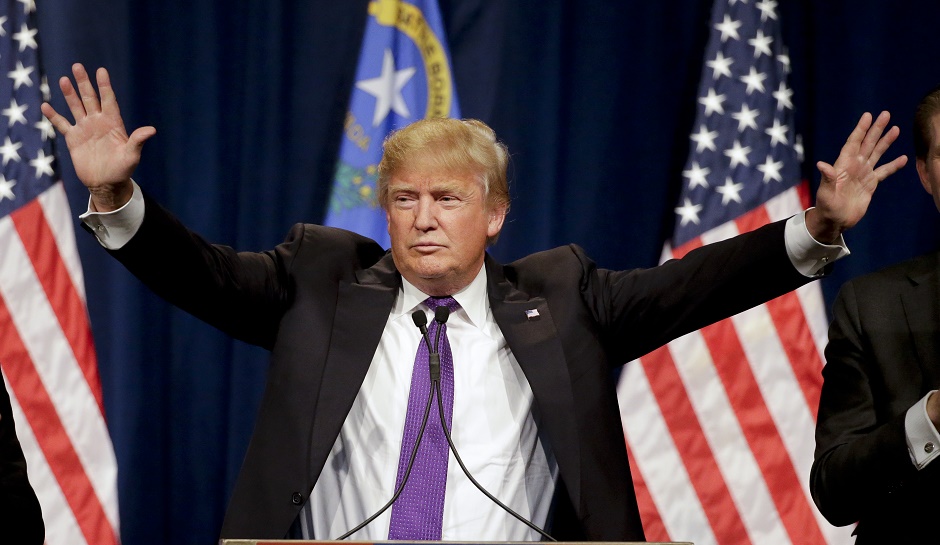 Three of the 16 presidential candidates in the 2016 Republican field were people with no political experience – Ben Carson, Carly Fiorina, and Donald Trump. They, along with first term Senator Ted Cruz, managed to garner most of their Republican voter support by running as “Washington Outsiders,” – people who are going to change the way Washington works.

Yes, people are fed up with the big money influence and gridlock in the nation’s capital, so they say they want to elect a president who is going to “shake up Washington” (as Trump promised in one of his campaign commercials) or “change the way Washington works.” I have bad news for those people: It’s impossible for a president to accomplish this. Many have tried, and all have failed.

In 2008, Barack Obama ran as a Washington outsider. In fact, he had only been in the Senate for a few years before he ran. He was new to Washington. And while he succeeded in many things, especially during his first two years when the Democrats controlled Congress, he failed to change the big money influence and Republican obstructionism in Washington.

In 1980, Ronald Reagan ran as a Washington outsider. He had been governor of California, which was 3000 miles from Washington. So how did he change Washington? Well…the Pentagon paid $600 for toilet seats and $400 for hammers. That’s a change. And let’s not forget Iran/Contra. The Reagan administration suffered 138 indictments. That’s the worst in American history. As for changing Washington for the better, he failed.

Before Reagan, Jimmy Carter ran as a Washington outsider in 1976. He was viewed as the polar opposite of Richard Nixon, a corrupt politician who had long been part of the establishment. American voters decided they preferred a humble peanut farmer from Georgia over anyone who had experience in Washington. Carter was never found to have engaged in corruption, but he didn’t change the way Washington worked. In fact, some suspect that his honesty hurt his effectiveness at getting Congress to work with him.

Now someone might argue that these governors and first time senators still had some political experience, but “What about someone one who had never been elected to office?” That person would be Herbert Hoover. He was a successful business man and world famous charitable organizer. Once he became president in 1929, his own party refused to work with him, because he lacked the interpersonal skills it takes to garner votes for his political agenda. He went down in history as one of America’s worst presidents.

So why can’t presidents “shake up” Washington?

First of all, what does it mean to “shake up” Washington? It’s almost as if Trump supporters think he’s going to literally shake people in Congress and chew them out for not doing it his way. That’s not going to accomplish anything. It’s no solution at all. In fact, it will render him ineffective, even within his own party, just like Herbert Hoover.

Second, the president lacks the power to “shake up” Washington. He can’t do it by executive order, because executive orders only change the way things work in agencies that fall under the executive branch; they have no impact on Congress, and Congress is where the gridlock and big money influence reigns. He can’t just give the Congress a good talking to. As President Obama said in the 2016 State of the Union Address, he knows Congressmen he talks to who would like to do the right thing, but they can’t because the voters back home will vote them out of office.

And that’s the source of the problem. The same voters who say they want to shake up the way Washington works keep voting for the very same congressmen who cause the gridlock and serve the interests of the corporate wealthy. The president is powerless to stop them. Only the voters can stop them.

So that leads us to the formula for change in Washington:

Voters have to become deeply interested in congressional elections. But even that’s not enough. They have to have deep interest in congressional primaries. In the general election, most people tend to vote for the representative of their party, especially at times like these when the parties are so clearly divided over issues. That’s why incumbents usually win. Most states and districts have more voters representing one party than they do the other, so the majority party is pretty much a lock to win.

If we are going to bring about change, we have to make the change in the primaries by voting for better representatives within our parties. Yet most people are reluctant to do that, because the person who already occupies the office has proven they can beat the other party’s opponent, since they have already done so. Nominating someone new comes with an increased risk of losing the election to the opposing party. Add to that the fact that most people don’t even know what primary challengers’ faces even look like, and the incumbent is likely to win the party nomination the vast majority of the time.

The sad fact is that the voters won’t apply the formula I just described, especially within the Republican Party, since they are the party that has represented the interests of the corporate wealthy since the 1890s, and they have a very effective way of brainwashing their voters. The Democratic Party has a better chance of making change, as they strongly oppose ruling like Citizens United. But to really make change that matters, however, we have to pressure our representatives to ban what I called “post term payoffs,” where companies who lobby congress reward ex-congressmen with jobs that pay 10-20 times more than they earned in Congress. Imagine being a Senator and seeing your colleagues who give the lobbyists whatever they want then get hired by those lobbyists’ companies after they leave Congress and get paid 3 million dollars a year. How do you secure such future riches for yourself? Give the lobbyists what they want. As of 2012, 53% of former congressmen worked for companies who lobbied Congress. This is what we have to stop if we are going to have any hope of fixing Washington. But nobody’s talking about it, not even in the Democratic Party. Therefore, Washington isn’t getting fixed anytime soon. But now that we just elected an extremist radical president with no experience, it just might get a whole lot worse.