BOOK: Short Answers to Atheist Arguments: Over 300 Refutations of anti-Christian Memes (including the toughest ones) 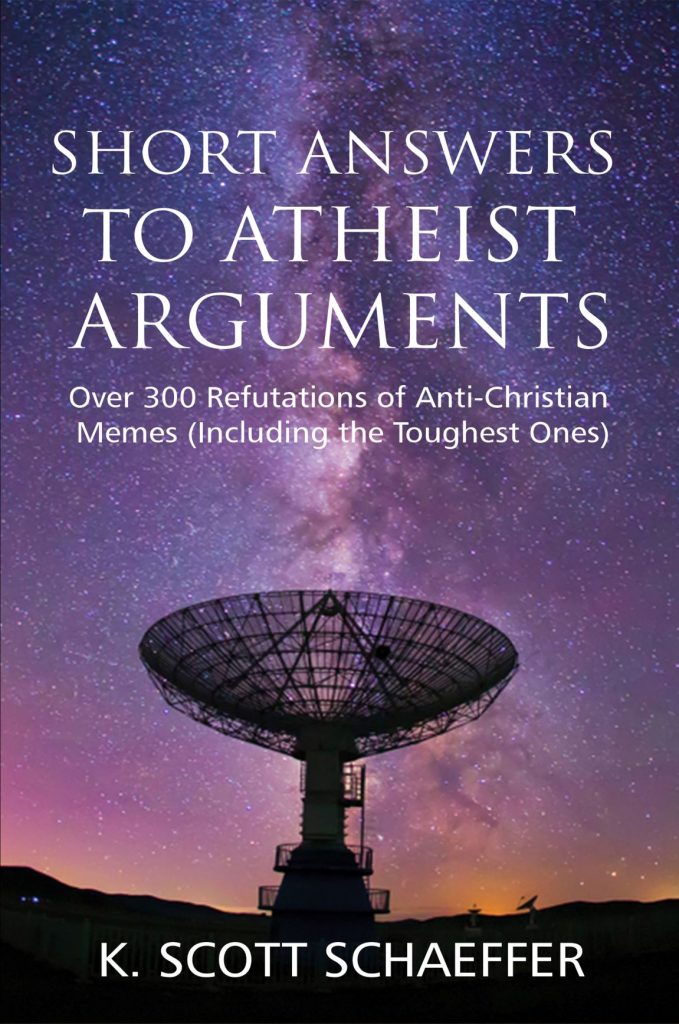 Buy It At Amazon

Are you tired of atheists at work or school, or on TV and social media, bombarding you with one argument after another in an attempt to make you feel like a fool for having faith?

You’re not alone. But sometimes it feels like you are. And the endless criticisms can wear you down if you don’t get some support.

This is where Short Answers to Atheist Arguments can be of help. It has solid faith-defending answers for the majority of questions and claims skeptics might throw your way. And intermingled among these answers are inspirational reasons to believe in God and the Bible, making the book one of hope rather than of mere defense.

Here are some other ways in which Short Answers to Atheist Arguments stands apart from other Bible defense books:

– It tackles the toughest anti-Christian claims.

– Its short-answers layout enables you to read an answer per day (or night) perpetually to keep your faith strong.

– It frequently offers multiple answers to a given question, so you can pick the one you like best.

– It serves as an easy reference when confronted with a doubt.

– Its creation chapter (the final chapter) aligns best with Christians who believe the Bible supports a universe billions of years old.

If you’re looking for fresh ideas from a Bible-believer who is also an outside-the-box thinker, Short Answers to Atheist Arguments just might be the book for you.

BOOK: Ending Racism against White Americans – a Christian case for individual equality in a post-racial future

Do you feel betrayed, because you were raised to see all Americans as individuals, regardless of race, but now you’re told you deserve discrimination, just because your skin is white?

The direction of American racism has reversed. Media and politicians refuse to acknowledge how white racial attitudes have improved and how today’s system most hurts low income white Americans. Those who speak truth on this are silenced. And it’s only getting worse.

Ending Racism against White Americans is not only an exhaustive exposure of our anti-white culture, but it also shares how we can move beyond race obsession toward a harmonious future where race is irrelevant and only individuals matter.

Ending Racism against White Americans:
*Tells you statistics the media won’t.
*Walks you through the ways in which racism has reversed direction.
*Exposes how media discriminates against white Americans.
*Shares personal experiences of anti-white racism, both personally and professionally.
*Reveals how impoverished whites are the most neglected.
*Demonstrates how BLM contradicts every component of the Bible’s definition of love.
*Makes a race-by-race appeal to stop bashing whites.
*Demonstrates how race is an invalid concept.
*Explores eight reasons why reparations are wrong.
*Reveals how all races and ethnicities have committed and experienced atrocities.
*Contains over 80 memes that you can share on social media

And most important of all, Ending Racism against White Americans uses the most fundamental Bible verses to prove that America’s race obsession runs in the opposite direction of God’s will.

BOOK: Where The Bible Contradicts Creationists: How a literal reading of every creation verse refutes young earth theology… 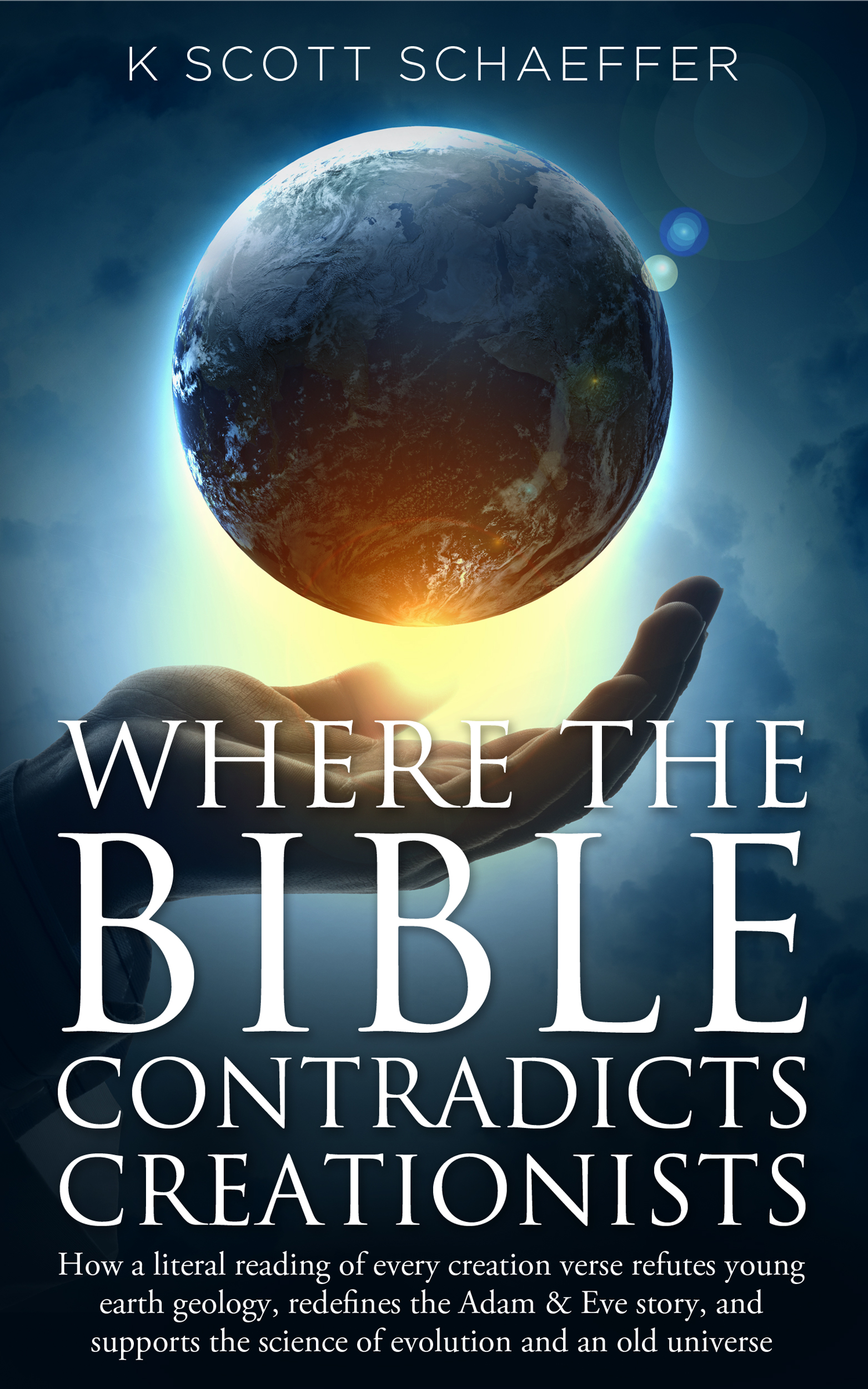 Where the Bible Contradicts Creationists

Buy It At Amazon (paperback)

Buy It At Amazon (kindle)

Are you a Christian whom young earth creationists have accused of not believing the Word of God, because you think the universe is billions of years old? Do they go as far as to say you’re calling God a liar? Fortunately, freedom from their oppression is here!

Where the Bible Contradicts Creationists offers everything you’ll need to refute their young earth geology arguments and feel good about your faith. This book isn’t a science book. Rather, it examines every creation verse in the Bible and shows how a literal reading of each one shoots down the beliefs of young-earth creationism and better supports an old universe than it does a young one.

Unlike most creationism books, this one doesn’t make your head spin with detailed science, nor does it talk down to you with terminology that only a seminary professor would understand. This creationism book is for everybody! It’s easy to read, well-organized, and best of all, you’ll learn a lot. Even the Bible Contradicts Creationism repeatedly demonstrates how traditional creationists do not take the Bible at its word; rather, they interpret the Bible through their religious tradition. This book separates their traditions from what the Bible literally says.