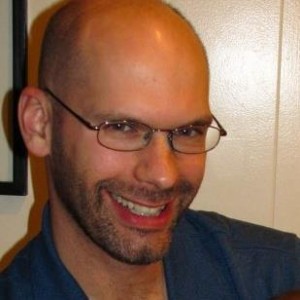 About the Politically Moderate Christian

Since there are many political issues under the sun, it’s highly improbable that one party’s view would align with the will of God on every issue. As Christians, we are called to let the Bible teach us right from wrong, not our parties.

As moderates, we are not wishy-washy. Rather, we may stand strong with one party on an issue, while differing from the more extreme elements of that party on other issues, and sometimes even agreeing with the opposing party. In many cases, we may walk the middle ground between two extremes, because, if both sides have valid concerns, it only makes sense to find common ground if such common ground exists.

This site is dedicated to promoting political ideals consistent with the Bible. Its posts attempt plead the cause of the powerless, as the Bible commands us to do. Posts will also attempt to counter deceptive political rhetoric, since we Christians are called to promote the truth. In the end, the goal of this site is to better align our minds, hearts, and souls with the will of God, and to strengthen our relationship with God and others.

This site is founded by me, K. Scott Schaeffer. I started out as a hardcore Republican in my teens, became a right-leaning Independent in my 20’s, a left-leaning Independent in my 30’s, and a Democrat in 2012, when it became apparent Republicans were completely sold out to the corporate wealthy, no matter how absurd and extreme their stance. Then in the wake of Black Lives Matter 2020, I fully realized that Democrats are the party of anti-white racism and anti-male sexism. So now, I consider myself to be independent, stuck in the middle once again.

I currently reside in Pennsylavania. I grew up in New Berlinville and Bechtelsville, PA and attended Penn State before receiving my degree from Belmont University in Nashville, TN.  I am neither a pastor, professor, pundit, nor politician. I’m just a guy who loves to study the Bible, economics, history, and astronomy. My writing combines what I’ve learned with my experiences in the church and my nearly 20 years of corporate sales experience in which I’ve witnessed more than I care to of the demonic forces of greed and pride.

I am not on SS Disability (since my arms and legs work fine when I’m away from these things). Thus, my only income is from people buying my books (which I lack money to promote to any significant degree). And that’s not enough to keep me from burning through my IRA (at age 52). I will completely run out of money by the fall of 2023. So if you support my ministry (or even me as a person in a difficult situation), anything you donate will be much appreciated. Here is my Pay Pal link (If you don’t have a PayPal account, you can pay by credit card if you click on the link, name your amount, click again to sign up for PayPal and link your card to your new PayPal account): DONATE to K. Scott Schaeffer