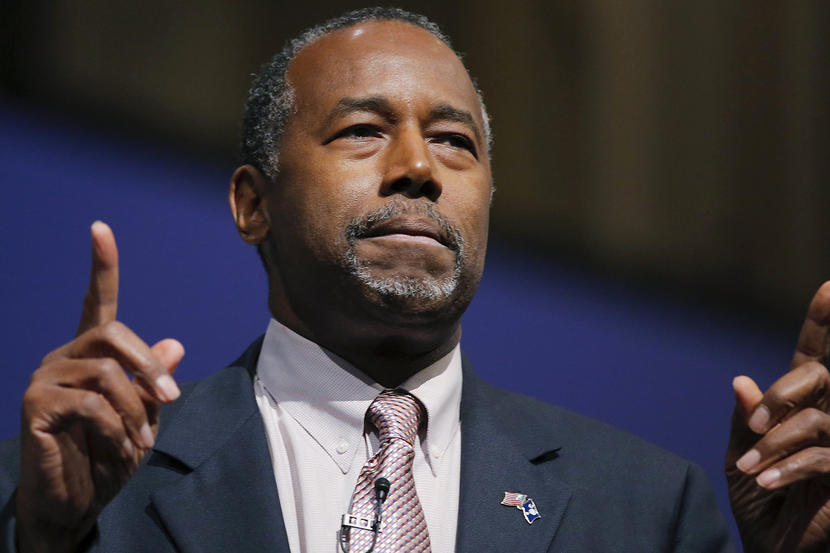 Why, for a while in late 2015, did Dr. Ben Carson consistently poll ahead of every Republican but Trump?

In part, it’s because he’s a black man who grew up poor and supposedly has the inside scoop on how government assistance keep blacks down. He recently said, “It’s not compassion to pat them on the head and say, ‘There, there, I’m going to take care of all your needs, your health care, your food.’ That’s the opposite of compassion…I’m not interested in getting rid of a safety net, I’m interested in getting rid of dependency.”

It’s totally devoid of even the slightest bit of macro-economic understanding, which is typical of Republican politicians and pundits.

You see, I too have experience with inner city poverty – and it’s business experience. As recently as 2012, I sold credit card processing and POS systems to businesses in Philadelphia, many of which were located in the impoverished areas of the city.

This experience taught me a few things.

First, I never met a business owner in these areas who couldn’t find help because potential workers had chosen to freeload off of welfare rather than work (nor do Wal-Mart and McDonald’s have trouble finding help). Surely, you’ve heard somewhere along the way that the African-American U3 unemployment rate has been around 10% – about twice the national average. And you may have also heard that the unemployment rate only counts those who are “actively looking for work.” So this number proves that there are nowhere near as many jobs available as there are blacks looking for them. The group Republicans repeatedly blame for inner city poverty – “those on welfare who choose not to work,” have nothing to do with causing this number. Their looking for jobs wouldn’t create even a single job, because it’s consumers buying products and services that creates jobs. If looking for jobs created jobs, the unemployment rate would take care of itself. (If you want to argue that Obama is the cause of unemployment, I’d like to remind you that the national average unemployment rate over the last 50 years has been 5.8%, which is lower than today.)

So does ending welfare and food stamps fix this problem?

No. That’s the 2nd thing I learned.

Part of my job included reviewing the credit card processing statements of inner-city markets, and those statements included food stamp totals. Fifty to ninety percent of the transactions processed by these markets were food stamps. So what happens if Republicans take away food stamps? The markets lose more than half of their business, which in turn puts most inner city markets out of business and their hard-working employees out of jobs, which in turn puts more workers out of work, which further decreases spending in the community, which causes even more businesses to fail…and the downward spiral continues.

I’m sure conservatives will argue that inner-cities will be fixed by tax cuts for corporations and the rich, because they invest in job creation. Well, there’s a third thing I learned – corporations don’t invest in impoverished areas; they invest in the wealthy suburbs and downtown areas. Those who invest in impoverished neighborhoods are locals who often have little more money than their workers and customers. If conservatives really supported entrepreneurs like they say they do, they wouldn’t be trying to pull the rug out from under them by further impoverishing their customers.

Yes, I understand that that those who go a long time without work tend to get lazy and often cause trouble. Not working is not good. That’s what Republicans like Carson want to focus on. But high unemployment and low wages are NEVER the fault of the workers or the unemployed! They may be the fault of insufficient consumer spending, greedy business owners who are quick to lay off employees, or government policies such as the high interest rates of the late 1970s. But there’s no way workers or potential workers can ever cause unemployment or low wages. If anything, unwilling workers entering the workforce will increased competition for jobs and drive wages down, not up.

The real cause of America’s poverty problem is DEPENDENCY. No, not the dependency on government that Ben Carson talks about, but the dependency on the wealthy, who own what we need to survive. In ancient Israel and in early America, most people owned land they could farm, build houses on, run businesses from, and provide for themselves. Today, most people go into the world with nothing and must rely on wealthier people for jobs and income, and only when that system of dependency on the rich fails do we need government assistance, since charity has never worked well on a national level anywhere in world history.

The solutions for inner city poverty aren’t easy. The only answer is to grow businesses and create jobs, but those businesses only survive if there’s enough consumer spending to keep them afloat. Creating that consumer spending without giving too much of a handout is difficult. So it’s hard even for Democrats to find solutions. But it’s easy for Republicans to make the problem a whole lot worse. And if they take total control of our government one more time, that’s what they are likely to do.