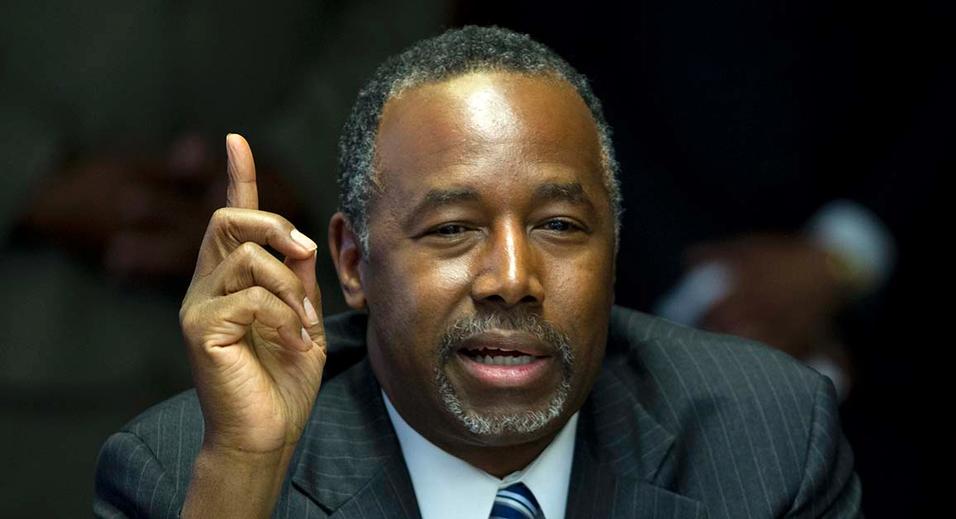 Even among Republicans, Ben Carson has been stirring up some controversy with his intent to model the U.S. tax code after the biblical tithe. His reasoning from his book,  “One Nation”:

Carson: “No group of American citizens should be singled out for extra taxation and no group should be spared taxation on a federal level.”

Carson: “I think God’s a pretty fair person and he advocated a tithing system. There must be something inherently fair about proportionality.”

I too agree that God was very fair when he created the laws for Ancient Israel. The problem I have with Carson’s quotes aren’t that they look to the Bible as a guide to righteousness, but that they are anti-biblical and misrepresent what the tithe really was. Before I explain, let’s take a look at a few Bible quotes on having to share 10%.

Numbers 18:24, “For the tithe of the sons of Israel, which they offer as an offering to the Lord, I have given to the Levites for an inheritance; therefore, I have said concerning them, ‘they shall have NO INHERITANCE [of land] among the sons of Israel.’”

Deuteronomy 14:28-29, “Every third year you shall bring out the full tithe of your produce for that year, and store it within your towns; the Levites, because they have NO ALLOTMENT OR INHERITANCE with you, as well as the resident aliens, the orphans, and the widows in your towns, may come and eat their fill so that the word of God may bless you in all the work that you undertake [NRSV].”

Leviticus 23:22, “When you reap the harvest of YOUR LAND, moreover, you shall not reap the very corners of your field, nor gather the gleaning of your harvest; you are to leave them for the needy and the alien. I am the Lord your God.” (This last verse is not actually about the tithe, but about another form of mandatory sharing with the needy.)

What can we imply from all three of these passage?

Those who paid the tithe OWNED LAND.

Where did they get that land?

In ancient Israel, 12 of the 13 tribes divided up the land after the nation was settled. Families passed shares of their land onto their children, not after death as Americans do, but when young men came of age. Men and their wives then farmed the land and built homes upon it. This inheritance gave them the means to live. They had the land to work; all they had to do was work the land.

Only a small percentage of the Israelites had no land to farm – the Levites, whose job was ministry (although they still were given homes) and then orphans or widows, who made up a very small percentage of the population (since there was a system in place for widows to remarry), and resident immigrants (who would later be given an inheritance of land in Ezekiel 47:22-23 anywhere they chose to settle).

So why does all of this make Ben Carson wrong about taxing income the way the Bible does?

Because the tithe did not tax wages! It taxed what was produced from the land the Israelites inherited. Today, economists call that land “capital.” The definition of “capital” is “the means of production.” In capitalism, the land, buildings, and equipment used to produce goods and services are the “capital” owned by capitalists who have the right to keep all they produce from their capital. When you tax wealth gained from that capital, it is effectively a capital gains tax (or in today’s terminology, it’s more like a form of capital gains tax called a dividends tax), which we now tax at a FLAT RATE of 20%. So we already apply a flat tax on the gains from capital, just like the Bible did!

What we don’t see in God’s Law, however, is a tax on wages. There’s no indication that if a landowner hired a passer-by to pull weeds in his field and paid him two bags of grain as a wage that the worker had to share a percentage of that. God only taxed those who inherited the means to provide for themselves. Those who lacked an inheritance of land and were fully dependent upon wealthier people for jobs and income were not taxed; rather, they received. Carson, to the contrary, wants to tax them at the same rate as the wealthy.

If Ben Carson really wants America to follow the biblical tax code, then he should call for the elimination of all sales taxes, excise taxes (those included in the price of a product), and taxes on wages, because they are all unbiblical. The entire tax burden should then fall only on those who own capital and those who inherit wealth. Of course, if Carson proposed that, he would lose his Republican support, because God’s way, as expressed in the Bible, is the very opposite of what the Republican Party believes in, especially when it comes to the issues of economics and the rich vs. the poor.

I am not saying that this is exactly the tax plan I believe in personally. I realize our corporate system is a bit more complicated than the biblical one. All I’m saying is Ben Carson’s tax ideas couldn’t be farther from the Bible. And the same goes for his ideas on poverty assistance and business regulation. They run contrary to the biblical command, “there shall be no poor among you” [Deuteronomy 15:4], which is only possible if we modify our system so that EVERY AMERICAN shares in the nation’s wealth, not just the rich.