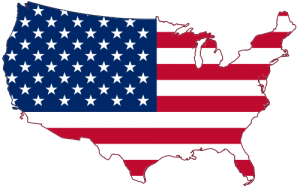 To argue that any idea or solution is un-American is to imply that the American way is righteousness; it too is a morality. For a Christian, this is the equivalent of saying that the American way is one and the same as God’s way. This is what the Republican Party, as well as many Republican pastors, would have us believe. They tell us that America was originally a Christian nation and that its traditional values are biblical values. Indeed, our nation was settled by Christians from multiple denominations, so naturally, their descendants who freed the nation from England’s reign were mostly Christians, too.

But does that make the nation Christian?

It’s naïve to assume that Christian founders had no choice but to create a Christian nation. Christians often do un-Christian things. For example, not all Christian business owners conduct their businesses as Christians should. This is especially true if we count as Christian all people who call themselves Christians, even if those who rarely read the Bible, pray, or attend church. Likewise, our nation’s founders were a group comprised of devout Christians, Christians in name only, and some non-Christians, such as Ben Franklin and Thomas Jefferson (who liked some, but not all, of Jesus’ teachings, but denied His divinity).

The truth is that America’s founders could have designed our nation to be like God’s nation of ancient Israel, but they chose, instead, to go in a different direction. Here are some major differences between God’s nation and the nation our Founding Fathers established:

1) Freedom of Religion – In God’s nation, there was no freedom of religion. Even at the time of the Protestant Reformation 500 years ago, people believed that different religious beliefs couldn’t co-exist within the same society. They thought that conflicting beliefs would have a cancerous effect on their faith. Looking at Christianity in America today makes me wonder, sometimes, if they were right. It’s a lot harder to live the Christian life when everyone around you openly engages in non-Christian behavior. At heart, many of us Christians realize this and try to fight off alternate lifestyles through legislation. But we can’t do that in a society built on religious freedom.

2) Republican government – Rome, the nation that worshiped Greco-Roman gods, like Mars and Aphrodite, was a republic. So was the Union of Soviet Socialists’ Republic (USSR), an atheistic nation. God’s nation of ancient Israel was not a republic.

3) Democratic government – Ancient Greece, the most homosexuality-promiscuous society in world history, established the first democratic city-states. Our founders followed their lead, not God’s. (I think democracy is the best system humans have ever devised. I am not condemning it. I’m just stating that it does not come from God.)

4) States’ rights – While God divided Israel’s land among the twelve tribes, He did not give each tribe the right to make their own laws. The Law of God applied to the whole nation. It was a federal system. There were no states’ rights to conflict with, or undermine, the national law. Our nation’s founders, on the other hand, chose to leave many rights to the states when they ratified the Constitution. This was an unbiblical decision. But let’s not assume they all wanted it that way. It’s not as if the founders all shared a unanimous vision of a nation in which power was split between states and a federal government for centuries to come. They were divided over the matter, to the point where they formed opposing political parties – Adams and Hamilton led the Federalists against Jefferson’s Democrat-Republicans throughout America’s earliest decades.”

The harsh reality of their time was that the states existed first. They were created by England as colonies. Upon realization that the states couldn’t survive as a federation, James Madison led the charge to draft a Constitution that would give more power to the federal government. To bring this Constitution to life, the states had to ratify it, meaning that each state’s leaders had to vote to give up some of their power to the new federal government. Nobody likes to give up power, so the Constitution had to be watered down to appease power-hungry state leaders. The Constitution is a man-made document of compromise; the Bible is not.

Many Republicans and Libertarians have stated that emphasizing states’ rights protects us from the tyranny of a large federal government. Yet our history shows the opposite. Strict adherence to states’ rights kept African-Americans bound in slavery before the Civil War and segregated from the rest of society after it (Plessy v. Ferguson). And, as I stated before, states’ rights was the reason the Supreme Court shot down the Owen-Keating Act of 1916 (in the case of Hammer v. Dagenhart) that prohibited interstate trade for companies that employed children under the age of 14. Strict adherence to states’ rights has inflicted tyranny upon millions of Americans, because individual and corporate wealth and power manipulate small states far more easily than they do a large, federal government. So, ironically, it’s been the federal government that has often come to the rescue of those oppressed by the tyranny of states’ rights.

5) Slavery – The original Constitution allowed for slavery and counted slaves as three-fifths of a person for electoral purposes. On the other hand, Exodus 21:16 says, “And he who kidnaps a man, whether he sells him or he is found in his possession, shall surely be put to death.” This selling refers to the selling of a human into slavery. I’ve had Republicans argue to me that Africans usually did the kidnapping and the selling, while Americans merely did the buying and driving; therefore, our nation’s founders were faultless for allowing slavery. This argument is nonsense. If you knowingly pay a robber for stolen goods, you go to jail. If you pay someone to kill someone for you, you go to jail. If our nation’s founders had modeled our nation after God’s, buying and owning kidnapped slaves would have been a crime. Also, the fact that the Constitution had to contain a three-fifths compromise is further proof that it was a negotiated document, not an eternal guide to righteousness.

All of this is not to say we shouldn’t abide by the Constitution, or that our nation’s founders are to be disrespected. They risked their lives and made great sacrifices to establish our nation. I believe most of them made the well-being of the American people a top priority. But the fact remains that they established a secular nation. It is not one and the same as God’s will. The founders were not prophets, apostles, or messiahs; they were mere mortals. The Constitution is not sacred scripture; it’s merely a framework for a government. Other nations have constitutions and founders, too. We are no better than they are. We Christians should never cite the Constitution or the nation’s founders as sources of righteousness. Only the Bible teaches us right from wrong. If we place quotes from the founders and the Constitution on par with Bible quotes, we worship our nation and defy the 1st Commandment that prohibits us from having any gods other than God Himself.