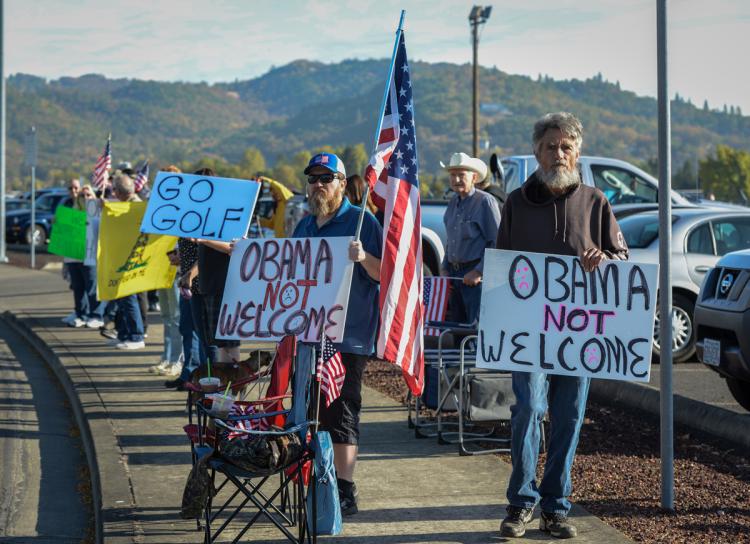 In 2008, I was active in a Christian writers’ group. One day, when discussing the direction of the nation, the leader of the group warned us that “we are being bamboozled” as it looked likely that Obama would become president.  With Obama having the middle name, Hussein, Christians couldn’t help but ask, “Could we be electing a terrorist as president?”

I can see how Christians might tremble at the idea of a man with a Muslim name being elected president and conclude that he might bring Armageddon upon us (which he hasn’t). But the truth might be the very opposite of what they’ve believed. Obama’s presidency might have been a test from God to see if American Christians would refrain from judging and condemning a person based on something other than what he has actually done or said.  It may also have been a test to see if Christians would abandon biblical doctrines if such doctrines were embraced by this black president with a Muslim name. Generally, conservative Christians have failed both tests.

Millions of conservative Christians have wanted to hate Obama from the very beginning. They increasingly tuned in to Fox News to see them repeatedly attack and criticize nearly every move and statement of the president, because that’s what they wanted to hear. It’s as if many of them never followed politics much, until a black man with a Muslim name became president, and then they looked for every reason to hate him. We can tell this is true, because nearly every person who despises Obama and labels him as the worst president in history proves to be almost completely ignorant of our nation’s political history and the actions of past presidents. Close examination of all U.S. presidents reveals they’ve all had mistakes, triumphs, and difficult problems without easy solutions, thus making their decisions easy for opponents to criticize. Obama’s presidency has been more successful than those of most presidents.

Now, as a result of Christian anti-Obama sentiment, it seems Evangelical Christianity has forever been conquered by the Republican Party – the party that has carried out the will of the corporate wealthy since the late 1800s. Most Evangelical Christians have now been brainwashed into embracing the rhetoric of the rich, which blames the poor for their poverty and proclaims the rich to be heroic “job creators” whom we would be lost without. That’s the very opposite of what the Bible says about the rich and the poor.

Evangelicals have also become further entrenched in their hatred of Muslims out of their opposition to Obama. Too see for yourself, just check out the comments about Obama made by Mike Huckabee’s followers on his Facebook posts. Nearly every mention of Obama gets numerous comments employing the phrase “evil Muslim.” Huckabee, the so-called Christian leader of the Republicans (because he was once a pastor), has never, as far as I’ve seen, rebuked them for their hateful statements.

And, of course, since Obama proposed common sense background checks for gun purchases and a limiting of clip capacity for semi-automatic rifles as a response to mass shootings, conservative Christians have now embraced guns as an essential part of Christianity. In fact, Mike Huckabee’s latest book is called, “God, Guns, Grits, and Gravy.” The only word that belongs in that title is “God.” The other things have nothing to do with Christianity. Guns, while not wrong to own, are not synonymous with the faith. This embrace of guns as a part of the faith simply drives away those who are uncomfortable with guns and, therefore, has an anti-evangelical effect.

As a result of Obama’s presidency, most Evangelical Christians have adopted all things Republican as being Christian and have thus rejected true biblical teaching. Muslims attacking us will never destroy our faith. Christianity can only be destroyed from the inside by replacing biblical teachings with man-made ideologies. And the Republican Party is succeeding in doing just that, thanks to Evangelicals failing the Obama test.