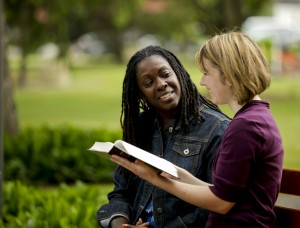 As a student at Belmont University in the early 1990s, I was somewhat active in the local church’s mission to reach out to Kurdish Muslim refugees with the love of Christ. The refugees had fled the Kurdistan region of Iraq and, for some reason, had relocated to Nashville, Tennessee. A good friend of mine, who would go on to live in Kurdistan as a missionary to Kurdish Muslims from 1995-2002, was instrumental in the local program which, among other things, built a tea house for the Kurds. Its grand opening was a fond memory for me, not only because the Kurds received a great gift from the church, but also because it was the first time I ever ate baklava, which is still a favorite of mine. Nonetheless, to the best of my knowledge, the Kurdish Muslims had received nothing but the love of Christ from Evangelical Christians.

Those days now seem as though they occurred in an alternate and opposite universe.

Since the Republican Party has been so successful at using issues like abortion to sell themselves as the Christian party, millions of Evangelicals have since allowed Republican media and politicians to teach them that they should fear and despise Muslims.

How do I know their efforts have been successful?

At first I didn’t know. Early on, it seemed that most Evangelicals disliked Trump and swore they would never vote for him. Then this Fall I heard that Evangelical groups spoke out in opposition to the Republican Party regarding Syrian refugees. Apparently, evangelism wasn’t dead. At least not yet.

But then a poll in the first week of 2016 revealed that 33% of Evangelicals support Donald Trump. I personally was shocked, since I had thought the Republican Evangelicals were repulsed by Trump’s hateful, racist rhetoric. Plus, more than 20% of Evangelicals support Ted Cruz, whose genocidal policy of carpet bombing Muslims (indiscriminately killing the civilian population where the enemy dwells) is actually more deadly than Trump’s plan. Add to that the reader comments I see on the Facebook feeds of Religious Right leader and former pastor Mike Huckabee, in which the most commonly used term employed by his followers appears to be “evil Muslim,” and it’s clear that the Evangelical hatred toward Muslims is growing in both scope and intensity. It’s probably only a matter of time until Republican rhetoric leads Evangelicals to abandon evangelism altogether in favor of rejecting and hating Muslims, Gays, Mexicans, and anyone else they see as living outside the Christian faith.

One might argue that Evangelicals can still manage to evangelize from a distance by condemning them and demanding that they become Christian. But that approach didn’t even work in biblical times. That’s why the Apostle Paul commended the non-Christians at Mars Hill for being “very religious in every aspect” [Acts 17:22] when he began to share the Gospel with them. Notice that he did not condemn them as evil and demand that they join the faith. Rather, he shared the Gospel with them and invited them to learn more about it, and those who refused, he left alone rather than pursue them with hatred and condemnation.

I think there are two reasons he did this. The first is that his non-condemnation approach to evangelism was more effective. Reaching out to others with the love of Christ, regardless of their faith or orientation, opens people up to you and to the message you have to share. The second is that judgmentalism is a sin. It’s not our place to determine how God views another person. In fact, in Paul’s case, he was himself a convert who had once persecuted Christians – that’s about as evil as it gets. Yet God was gracious with him, reaching out to Paul with the love of Christ rather than damning him as evil.

It’s one thing for us Christians to judge a behavior, a deed, or even a competing religious theology as evil, but we are forbidden from judging people as evil. When we do so we effectively take our seat on God’s throne and damn people in our hearts (or crown them as righteous, which also has its dangers). Once we make that final damnation, then we withhold from those we judge the love of Christ that leads people to know Him, and we serve the will of Satan rather than God. The Republican Party is now leading more and more Evangelicals to practice judgmentalism rather than evangelism, and Christianity’s numbers are in rapid decline as a result.