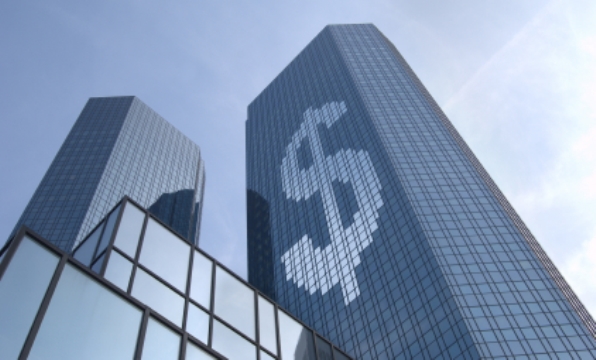 According to the American Presidents’ Series biographies, Thomas Jefferson, as governor of Virginia during the Revolution, wanted Virginia, after the Revolution, to give 50 acres of land to every man who lacked land – a government handout, free of charge – so that every man and his descendants could be self-reliant. Jefferson dreamed of an America in which people worked hard and were self-sufficient, but he understood that a person had to first possess the means with which to work and provide for oneself in order to actually be self-sufficient.

In 1862, Abraham Lincoln signed the Homestead Act into law (which had been championed in Congress by Andrew Johnson in the 1850s, but initially vetoed by Buchanan), giving 150 acre Midwestern homesteads to eastern families who lacked land and were willing to move west and farm them. By 1934, 1.6 million families had received 270,000,000 acres (about 10% of the nation’s land) from the U.S government, so they could possess the means by which they could provide for themselves. To Johnson and Lincoln, such grants were essential to the idea of independence. They knew that you couldn’t be truly independent if you had to depend on someone else to determine if you could have a job and if you got paid enough to live. Also, you could not borrow money to engage in business if you lacked the property to put up collateral. They knew it takes money to make money, and most wealth in the agrarian past was generated by having land.

This is no longer a nation of family farms. It is a nation dominated and controlled by corporations – legalized systems of stealing in which the corporate wealthy make millions or billions of dollars when their risky business ventures do well; but when they go bust, and they owe millions or billions of dollars, the owners declare corporate bankruptcy, forcing their debts on society, all while personally keeping their riches. This lucrative double standard attracts numerous owners, making corporations so large and efficient that they dominate the marketplace and take away people’s means to provide for themselves.

Most young Americans go out into the world today with practically nothing and are fully-reliant on the corporate wealthy for jobs and income. So if the wealthy provide only 180 million jobs for 200 million workers, 20 million people have to be unemployed. If 40 million jobs pay less than $10/hr., then 40 million people have no choice but to earn an unlivable wage. Those who are crushed and left out by this system cannot depend on themselves, because they have neither the farmland to live off of nor the wealth needed to start a business; therefore, they are left to fully rely on handouts, whether they be from the government or from charity (and charity has always proven to be a huge failure on a national level). The only reason Americans are dependent on government for income is that our system of dependency on the corporate wealthy for jobs and income fails millions of people at any given time.

And even if a person does have reasonable wealth and opens a hardware store, their business will soon fail, because the mass efficiencies of mega-corporations like Lowe’s and Home Depot undermine small business owners’ ability to compete on price. So not only are those who would have been farmers 100 years now just employees for a corporate grocer, but now those who would have been small business owners 50 years ago are just employees for corporate retailers. They are no longer independent. They are dependent.

But it doesn’t end there.

Now that the vast majority of workers are fully-dependent upon the corporate wealthy, the corporate wealthy are replacing workers with technology. This has always happened, to some extent, but mostly in manufacturing. And since America was lucky and smart enough to build up a strong consumer base during the decades following WWII, service industry jobs were abundant enough to replace manufacturing jobs, and we survived. But now technology is replacing service industry jobs. It has already replaced travel agents, postal workers, brick and mortar book stores employees, and sales reps (replaced with websites in which the potential customers can utilize interactive demos that you once needed a sales rep to show you in person).

And the number of jobs being replaced is about to increase at an exponential rate over the next few decades. Self-driving cars and trucks will eliminate millions of transportation industry jobs. Fast food will serve itself. More effective versions of “Siri” will replace nearly all call-center sales and customer service jobs. It’s likely that 30% of the workforce will be displaced during the best of economic times by 2050. Conservatives will argue that we can stave off these job losses with impoverished wages, but such a plan will fail to stave them off for more than a decade due to the rapidly falling costs of technology (for example, a $1000 HDTV in 2009 costs $200 today in 2016).

The corporate system, due to its efficiencies and concentrations of wealth and power, has hoarded the means of survival, forced us to rely on them, and now that we do, they are taking away the jobs and income we rely on them for, so that millions of us have no hope for living anything other than an unbearable life of poverty. It’s hard to imagine a more evil system.

So what do we do about this?

We can predict what the Republican Party will do. They will likely continue to blame us workers for our neediness, while defending the means-hoarders’ rights to not have to share their wealth with the millions of us they have forced to depend on them. If their way wins, America’s future will be a calamity more devastating than we can imagine.

But for us progressives, it’s time to revive the idea of a Guaranteed Basic Income. It’s pretty much like Social Security for everyone. All Americans over a certain age (like 18) will receive a fixed income regardless of whether or not they have a job or any savings. So if, in the year 2050, 30% of the workforce is unemployed during the best of economic times, thanks to technological displacement, the unemployed will still have the means to survive, while those who have jobs will receive both their guaranteed basic income and their pay from their employer.

While this system is not as ideal as everyone having a job is, it’s where we will someday have to go to avoid catastrophe. The good news is that it is affordable. Using today’s world as an example, it would have to meet the needs of about 200 million Americans ages 18-65. If each received $15,000/year, which is about the same as the current average Social Security retirement benefit, that would cost $3 trillion per year, which would increase our current federal budget from $4 trillion to $7 trillion. So taxes would then have to rise from 18% of GDP (where it is now) to 32% of GDP, which is similar to some western European countries, today. If you add on state and local taxes, the average tax rate would be about 40%, maybe those in the top 2% of income earners would pay 50% (just like the Reagan tax rates of the early 80s), while lower income earners would pay less than 30%.

I can now imagine various detractors saying that such a system will make people lazy. This will be true to an extent, but from what I’ve seen, most people have enough pride and greed in them to desire more income than $1200/mo, so there will be plenty of competition for jobs. On the positive side, those employers who abuse their employees with power trips and unbearable hours for unlivable pay may no longer be able to do so. If they abuse employees, those employees can leave. Perhaps this will bring about a workplace culture of respect for employees rather than the current culture of abuse and disdain.

Regardless of what the problems would be with a guaranteed income, the corporate system combined with technological advancement will leave us no choice but to implement it. Otherwise, our nation will be overrun with out-of-control poverty and violent crime, while the lack of consumer spending money will cause the investments of the wealthy to go bust, crashing the world economy like never before.

I’m surprised none of the current progressive politicians have taken up this cause. Perhaps it’s because they are concerned more about the next 4 years than they are the next 40. Both Nixon and McGovern favored versions of this system in 1972; however, so its return to the foreground of progressive politics isn’t unrealistic. Perhaps it’s time for you, the voter, to pressure your representatives to look out for our long term needs rather than just their own short-term successes.