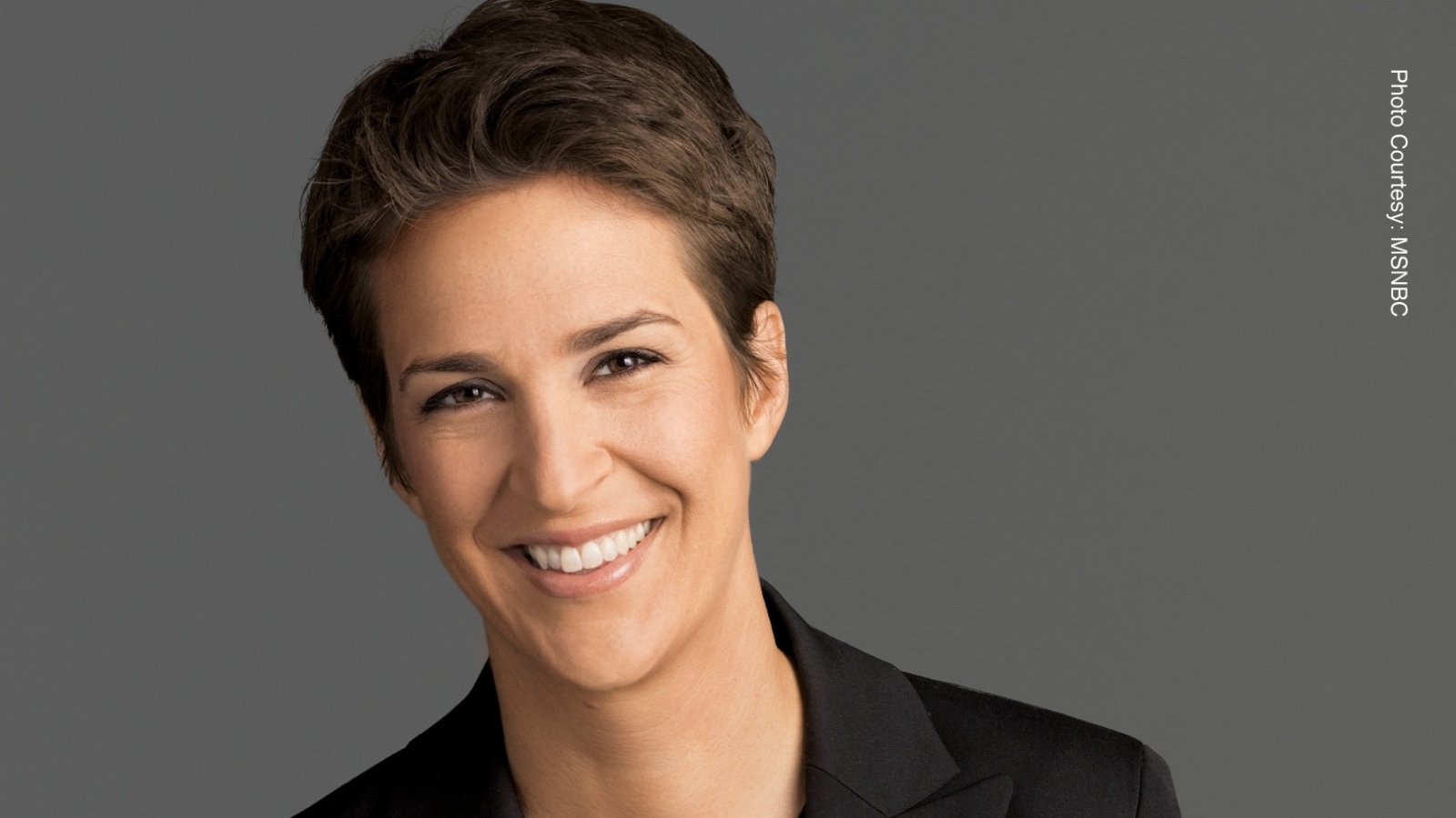 Since Stephen Colbert and Jon Stewart left their politically-oriented shows on Comedy Central, the only cable news/punditry show I watch on a daily basis is “The Rachel Maddow Show” on MSNBC.

When I mention this to conservatives, especially of the Christian variety (although not always), they’ll say something like, “Isn’t she a lesbian?” And they say this with a crinkled nose, furrowed brow, and disgusted facial expression, as if lesbians are smelly. Their stated disapproval of Rachel’s sexual orientation is intended to invalidate both Rachel Maddow and her show. In their minds, if they can invalidate the person, then all of the information, education, and intellectual analysis that comes from that personal is also invalid, evil, and should be avoided.

Here are several reasons that Christians should not invalidate Rachel Maddow’s show because of her lesbianism.

1) Judging a person and that person’s works based on their sexuality is a major sin.

All of us fall short in some ways, but not in all ways. There are thousands of things a person can do right or wrong. However, most of us tend to judge a person as good or evil based on only one or two of those things. I believe this is one of the reasons judgmentalism is such a major sin. It’s not that people might not deserve some judgment; it’s that we are so bad at judging people. And we have hundreds of years of church history, where wicked church leaders persecuted now-revered church reformers, to prove it.

Naturally, the Bible allows for us to judge deeds as right or wrong. If we couldn’t do that, we couldn’t have legal and judicial systems. And it allows us to judge statements, laws, policies and legislation as right or wrong; otherwise, how could we function as a society? But judging a person as evil is the equivalent of taking our seat on God’s throne and damning an entire human life. We don’t have that right, nor do we have that ability.

When we judge a person as evil, then we ignore and reject all of the good things that particular person says or does. Likewise, when we crown a person as righteous, we become blind to their sins and their lies. This is how Christians are led astray in their beliefs. We should judge the issues, not the people who tackle those issues.

2) Lesbianism gets fewer biblical mentions than failing to wear tassels on your garments.

The Bible contains two passages telling the ancient Israelites to wear tassels on their garments as a part of their religious identity. The Bible contains only one passage addressing lesbianism. And in doing so, it says, in Romans 1:26, “For this reason God gave them over to degrading passions; for their women exchanged the natural function for that which is unnatural…” The word “exchange” seems to imply that the women had sexual attractions and relations with men and then chose to “exchange” them for attractions to and relationships with women; it does not technically address women who have always been attracted to those of their own sex. But that’s another debate. Regardless, this is the Bible’s only attempt to address lesbianism in any way. Heterosexual men who look at a women with lust, which is pretty much all of us, get at least as much biblical attention as lesbians do.

3) Fox News is the sexually immoral channel, not MSNBC.

As an open-minded fellow, I’ve watched about as much of Fox News over the years as my stomach could take. Of course, Fox News’ highest rated cable news show has been The O’Reilly Factor. On that show is a segment called “Waters’ World,” where a reporter by the name of Waters interviews people on the street in an attempt to show just how clueless they are about politics, history, and current events. Of course, in 2014, Waters was sent to Florida to interview supposedly liberal college students at Spring Break. So he couldn’t help but interview some girls in revealing swimsuits. But hey, if that’s what people are wearing, what can you do, right? Maybe it just so happened that the hottest girls in the most revealing swimsuits had the most interesting answers.

But then I noticed something that was pretty hard not to notice. Normally, Waters had always interviewed people in a semi side-by-side manner, so the camera could see both the interviewer and the interviewee from the front. But when Waters interviewed girls wearing thongs at Spring Break, the Fox News camera showed about half of the interview from the back, so that we TV viewers could get a really good look at the scandal of these girls’ bare bottoms.

Yet despite Racheal Maddow’s supposedly rampant sexual immorality, I’ve never seen her show us bare bottoms, busty bikini babes, or clip after clip of Beyoncé’s most sexually-enticing videos (an obsession of O’Reilly’s). For some strange reason, Rachel Maddow sticks to the important political topics of our day, while Fox News, who claims to represent Christian holiness, feels the need to repeatedly titillate their viewers. And I haven’t even begun to address the fact that their news women just happen to be more physically attractive that 98% of the female population. What are the odds of that?

Jesus says “You will know them by their fruits.” Fox News has offered up an overabundance of sexually-enticing fruit in its programming, while Rachel Maddow has not.

4) The Rachel Maddow show is as honest as it gets.

The Bible contains about three dozen passages condemning lying and deception. So Bible-believers should emphasize honesty when judging the righteousness of a given program. I can honestly say I have never found a lie on the Rachel Maddow show…no lies about economic stats and no false, unsupported accusations about what a particular politician plans to do to us. I can’t say the same for Fox News programs.

In 2014-2015, I witnessed numerous lies and deceptions on Fox News’ “The O’Reilly Factor.” In fact, O’Reilly said, on the very last of his shows I watched, “The economy is terrible…Under president Obama, the household median income has fallen 20%.” Having a link to census.gov saved among my favorites on my computer, I immediately went to Table H-6, which shows the year by year history of household median income, and I saw that it had not fallen at all since Obama’s first budget year. Household Median income had actually risen from $49,777 in 2009 to $53,657 in 2014. O’Reilly flat out lied. For me, that lie was the straw that broke the camel’s back. I haven’t watched O’Reilly since.

5) Rachel Maddow opposes greed and oppression of the poor.

As I’ve stated elsewhere, the Bible contains over 100 passages condemning greed and oppression of the poor, including some passages calling on God’s people to take political action (for more on the social justice verses, see http://politicallymoderatechristian.com/7-bible-quotes-of-social-justice-as-a-purpose-of-gods-law/). It’s the most frequently addressed societal issue in the Bible. The half a dozen passages addressing homosexuality and abortion combined pale in comparison. Rachel Maddow, along with most of the Democratic Party, calls out and condemns corporate tyranny and oppression, as well as the Republican Party’s excuses as to why they refuse to do anything to stop it.

I have no idea what Rachel’s religious beliefs are, but I know her intent and messages are far more in alignment with the Bible than those at Fox News. So it’s time that Christians pay attention to what she has to say.